Ganbreeder is a “massively collaborative creative tool and network” developped by Joel Simon. The proposition is to create images by playing with the “genes” of generative adversarial network [1]

The interface is minimal: after creating an account, you are invited to pick and start from an existing “image” or start one from scratch, edit its genes, weight them or mix two existing configurations.

Above, a series of images showing the evolution of a configuration, from left to right. The strange blobfish of the first image is a mixture of these images:

The blobfish image is a child of an image by Mark Grim (see below), that was already containing these genes: assault rifle, bell cote, hard disc & rifle.
The blobfish has different weights and more genes: shield, tank, hay & gyromitra have been added.
The lineage of the image is accessible via the diagram icon next to the image. https://ganbreeder.app/lineage?k=458988992ead957348015680

The question of “who is the author of the image” is problematic here. First of all, you can not add images of your own to the process, only a predefined set of genes is accessible. These genes are already GAN generated images. The process has been built upon Tensorflow, turned into a webservice thanks to NodeJS & a PostgreSQL database, all being open-sources tools.
Another important aspect of the proposition is that new series can be based on images bred by anybody in the website, without any restriction! This kind of practice is common in developers platforms such as github or gitlab What’s special with Ganbreeder is to apply this way of collaborating to image creation, allowing anybody to fork the work of someone else and deform it. Obviously, the whole site system is available on git under GPL v3 license, closing the loop by ensuring that the tool AND the results are and will stay libre.

When you go to the download interface, a license is attached to the different resolutions:

Ganbreeder is also proposing a new approach to collaborative image creation. Via a simple interface controlling a complex process, Joel is merging intimately the highly statistical approach of a computer to the human intuition. As a user, you can not fully grasp the influence of each gene and its weight, and the computer processing the image does not have any consciousness of why it is doing it. Program and human brain are really collaborating to the creation of the images, instead of competing for control or victory. There is no clear goal here, and the way Joel has architecture the breeder is a way to review what we think the work of a creative professional is, or how can it be different with this kind of algorithm to help you.
Garry Kasparov have done something similar 20 years ago. After loosing against Deep Blue in 1997 [2], he conceived a blended approach of computer in chess: instead of confronting human to computer, he built up human-computer team competing with other human-computer teams, humans or computer only.
He called this Advanced Chess or Centaur Chess [3].
As Kasparov, Joel is not trying to beat the computer but imagine a much smarter approach of technique: let’s work together with computer for what they are good at, which is making the human part even more important and visible! 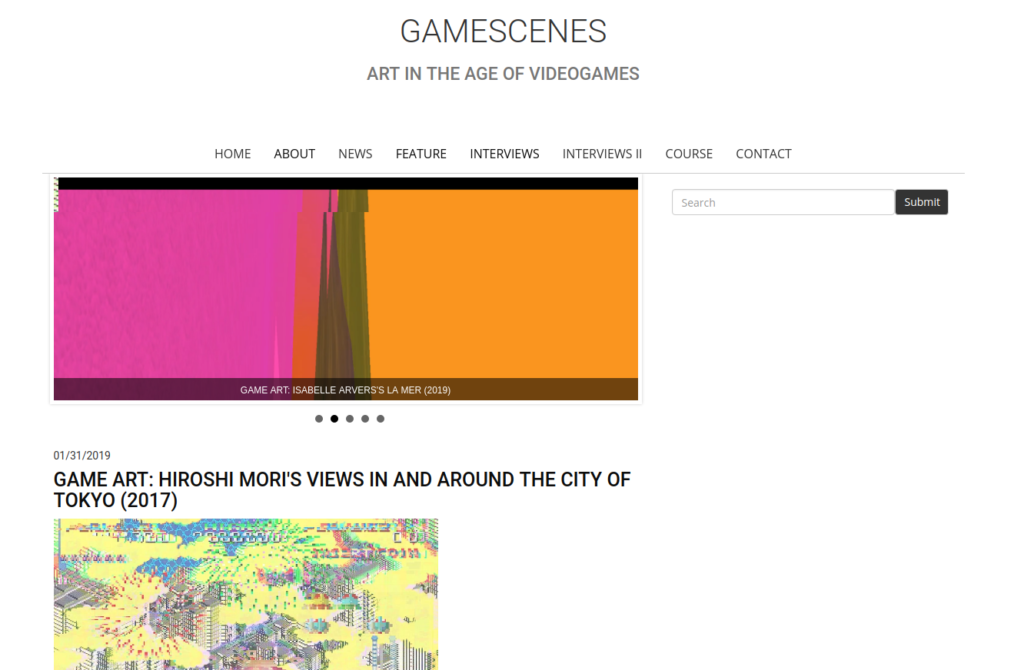